The Infractions Referral Committee decides whether to approve or reject requests to refer infractions cases to the independent process. 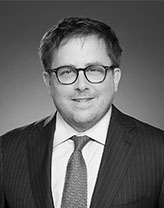 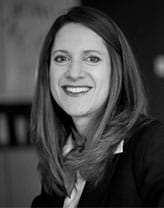 Director of Athletics,
University of Pennsylvania

.
Division I Committee on Infractions 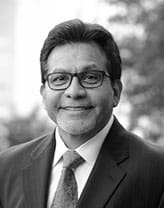 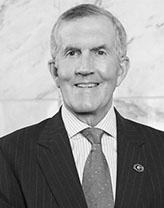 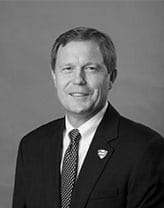 These procedures constitute the operating procedures adopted by the NCAA Division I Board of Directors for the review and issuance of decisions by the Infractions Referral Committee (IRC) regarding requests to transfer infractions cases to the Independent Accountability Resolution Process. The procedures serve as guidance to Division I member institutions, involved individuals, the enforcement staff and the NCAA Division I Committee on Infractions regarding the IRC’s duties, responsibilities and process.

The Honorable Alberto Gonzales is an accomplished and dedicated public servant who has been recognized as a Distinguished Alumnus of Rice University and received the Harvard Law School Association Award, the Central Intelligence Agency’s Director’s Award and the Office of the Secretary of Defense Medal for Exceptional Public Service. His work in the Hispanic community and his achievements as a role model have also earned him recognition as Hispanic American of the Year by HISPANIC Magazine and one of The 25 Most Influential Hispanics in America by TIME Magazine.

Presently Judge Gonzales is a member of the NCAA Division I Committee on Infractions, the Commission for Uniform Legislation, and the American Law Institute. He also serves on the board of directors for the United Way of Metropolitan Nashville. Previously he served as an appointee to the Tennessee Governor’s Commission for Judicial Appointments and the Governor’s Management Fellows Executive Committee.

Dr. Jon A. Steinbrecher enters his 10th year with the Mid-American Conference (MAC) after being named the league’s eighth commissioner on March 16, 2009.  Steinbrecher is entering his 25th year as a Division I Commissioner and is the only active Commissioner to have served at all three NCAA Division I Subdivisions (FBS, FCS, DI).

Steinbrecher orchestrated the development of the first of its kind Conference-wide Mental Health Program. He also established a Conference-wide comprehensive Diversity & Inclusion Program to accelerate the growth of minority candidates for collegiate job opportunities in coaching and administration. He also created the MAC Academic Consortium, which integrates across the Conference membership the next generation of leaders in higher education.

Steinbrecher played an integral role in the development of the College Football Playoff and serves on the Administrative Executive Committee and the Site Selection Committee.  Steinbrecher led the MAC bid to host the 2015 NCAA Men’s Basketball Midwest Regional and the 2018 NCAA Wrestling Championships, which the MAC set total attendance and single-session wrestling attendance records. He also developed and implemented a new Coaches Orientation program.  He was appointed to the NCAA Football Oversight Committee, NCAA Football Competition Committee and the NCAA Transfer Working Group.

Steinbrecher has served on numerous NCAA committees, including the Division I Basketball Issues Committee, serving as a member of subcommittees for both men’s and women’s basketball, and in 1999 he became the first non-Division I-A commissioner elected as president of the Collegiate Commissioner’s Association (CCA). In June 2007, he was appointed to the NCAA Division I Men’s Basketball Academic Enhancement Group by the late NCAA President Myles Brand.  He has served on the NCAA Division I Legislative Council, the NCAA Championship Cabinet, the NCAA Committee on Athletics Certification and the NCAA Men’s Basketball Issues Committee.

Steinbrecher is currently Chair of the College Football Officiating Board of Managers and serves on the NCAA Football Oversight Committee, NCAA Football Competition Committee and NCAA Transfer Working Group. He has also served as Division I-AAA vice president of the CCA and as a member of the National Invitation Tournament’s District IV Advisory Board. He was the first non-FBS commissioner to serve as President of the CCA from 1997-99.

Steinbrecher is a 1983 graduate of Valparaiso University, where he earned a Bachelor of Science degree in physical education and journalism. In 2006, he was bestowed an Alumni Achievement Award from his alma mater and in 2014 was inducted into the Valparaiso University Athletics Hall of Fame. Steinbrecher graduated with a master’s degree in sports administration from Ohio University in 1984, and he was awarded the doctorate of physical education in sports administration from Indiana University in 1989.

An all-conference and academic all-conference selection in football and a conference champion in tennis, Steinbrecher was named Valparaiso’s and the Heartland Collegiate Conference’s StudentAthlete of the Year in 1983. In 2006, he was inducted into the Watauga County (N.C.) Sports Hall of Fame.

Dr. M. Grace Calhoun is in her seventh year as the T. Gibbs Kane, Jr. W'69 Director of Athletics and Recreation at the University of Pennsylvania. In this role, Calhoun leads the University’s 33 varsity athletics programs, 35 club programs, and broad-based intramural and recreational offerings for students, faculty and staff.

Calhoun is currently the chair of the Ivy League Directors of Athletics and the Philadelphia Big 5 ADs, as well as the vice-chair of PHL Sports Advisory Board, which brings together the area sports community to attract major sporting events to Philadelphia.

A proven, impactful leader, Calhoun is passionate about the holistic development of students and the promotion of physical, mental and emotional wellness through sport participation. Calhoun has spent more than 25 years making a difference locally and nationally by administering high-quality programming and formulating and facilitating the adoption of values-based policies governing sport at the institutional, conference and national levels. Calhoun’s leadership was recognized by being named the 2017 Division I FCS Administrator of the Year by the Women Leaders in College Sports and the Athletic Director of the Year, Football Championship Subdivision by NACDA in 2019.

Jeff Benz is an accomplished international and domestic commercial arbitrator and mediator, with a focus on entertainment, sports and technology. He is a former General Counsel of the US Olympic Committee, the AVP Pro Beach Volleyball Tour and other sports entities, former counsel to independent film producers and directors, and a former international athlete. He is one of only approximately 400 Court of Arbitration for Sport (CAS) arbitrators and mediators worldwide and has served as arbitrator in cases involving several dozen different sports.  He is a member of the World Athletics Disciplinary Tribunal and the PGA Tour and LPGA Anti-Doping Panels.

Benz has served as a neutral in several hundred large and complex commercial arbitrations and mediations before the major administering global institutions, and as an advocate in many more. He is duly qualified in the US as a lawyer (California, Colorado, Hawaii, New York) and in England and Wales as a barrister, where he is a member of Lincoln’s Inn. He is a founding board member of the California International Arbitration Council.

David Shipley joined the Georgia Law faculty as dean and professor of law in July 1998. He led the school through the completion of a strategic planning process, a $3.2 million renovation of several classrooms and the law library's Carl E. Sanders Reading Room, a school-wide technology upgrade, the creation of the director of advocacy position, the establishment of a new clinic and the successful passage of an American Bar Association site inspection. Under his leadership, there was a steady improvement of incoming student credentials. He resigned as dean in June 2003 to resume teaching full time. In 2012, he was awarded the Georgia Athletic Association Professorship in Law.

Shipley has been teaching courses on civil procedure, copyright, administrative law and remedies since returning to the classroom. He also helped establish the law school's semester abroad program at England's historic Oxford University. Established in 2006, Shipley served as the program's professor in residence at Oxford in 2007.

In 2010, Shipley was named the UGA Faculty Athletics Representative to the NCAA and the Southeastern Conference (SEC). His responsibilities include working with the Athletic Association to support the academic progress and success of UGA's student-athletes, serving as secretary to the Athletic Association's board of directors and helping monitor compliance with NCAA rules and regulations. In addition, he was chair of the University Council's executive committee and served on the boards of the University of Georgia Foundation and the University of Georgia Alumni Association from 2014 to 2016 and 2019 to 2020. In 2015 he was appointed to the Oberlin College Board of Trustees.